Have you heard the story about a guy whose life got turned upside down in just 10 seconds? I’m sure you did. We all have examples around us. In the Netherlands alone one in three gets diagnosed with cancer (source: Dutch Cancer Society www.kwf.nl). Every story that follows the initial diagnosis is unique in its own way. By telling mine I would like to create awareness about how engaging in kiteboarding can help to cope with long-term psychosocial impacts of cancer.

My name is Baris. When I was 38, life was looking pretty good with a fantastic partner and two beautiful young kids. My wife, Marieke, was finishing her training to be a pediatrician and I was working in the meetings & events industry. 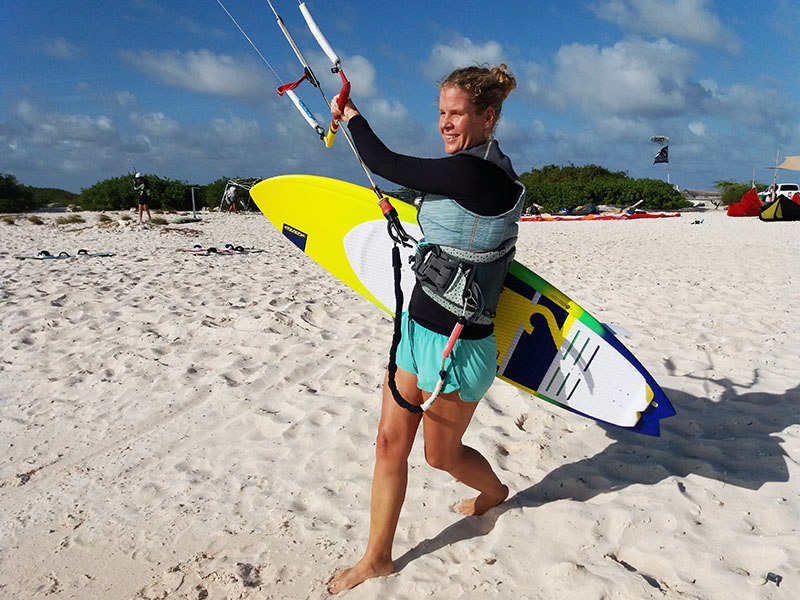 Lightning struck in May 2016. Lying in bed, our life took a scary turn when I felt that lump. After that, everything became a rollercoaster ride. A visit to the general practitioner, radiologist, urologist, and anaesthetist followed. I was diagnosed with stage one testicular cancer and operated. All that happened in just four days. I went back home with an aching body and mind. I felt gutted, violated and lost

The first check after three months was clean. Unfortunately my bad luck had not quite run out yet. A metastasis was detected near my left kidney in December of that same year. By that time I had lost my job, my wife was very busy working and rounding up her PhD, we had decided to get married and move to Bonaire (Dutch Caribbean) for one year. And there I was back in the hospital for three weeks of radiotherapy.

After we arrived on beautiful Bonaire, Marieke started working in the hospital, the kids went to school and I finally had time to just sit and digest it all. My world imploded. I felt alone, insecure, jealous, frustrated, weak and impatient, all at the same time. There was a general negative mood accompanied by waves of intense emotions. I was constantly afraid to loose Marieke, afraid for the cancer to reoccur and finally to die at young age. Furthermore it led to being scared and uncomfortable in large groups and around new people. These feelings led to very complicated conversations between us and turned into unfair quarrels, sleepless nights and anger. I can assure you that this is not what we expected after being just married and having moved to a paradise island. 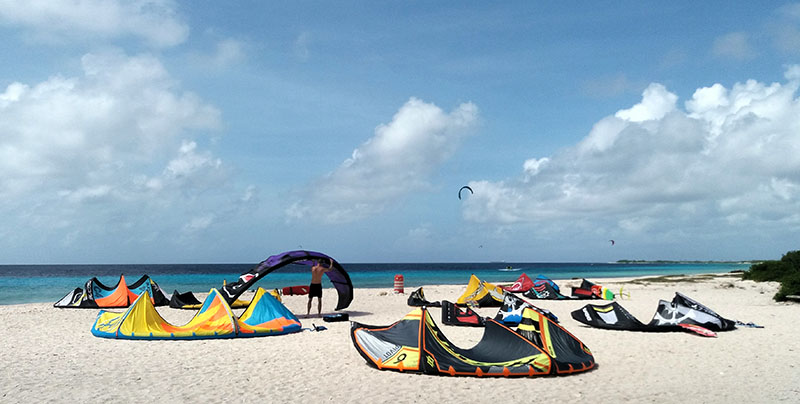 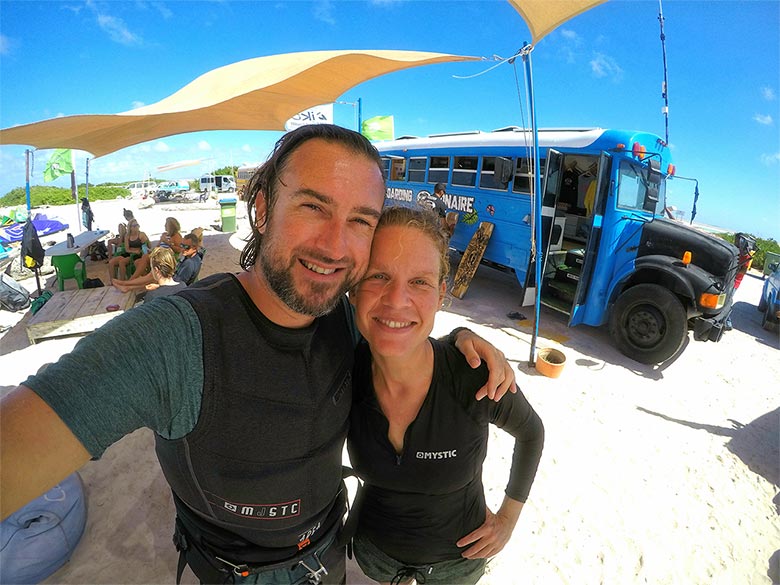 Then we started kiteboarding. We found a common activity that was new, exciting and challenging to us both. Taking lessons together encouraged us. Being at the kite beach made us more relaxed and introduced us to a fun and friendly new community. It brought a new topic in our lives that did not have an emotional load. It was just great fun and we fell in love with it. Kiteboarding became my best friend, my passion, my psychotherapist and my mindfulness teacher. Kiteboarding gave me hope, freedom and pride. Out on the water, I had moments alone without feeling lost and scared. Kiteboarding made me feel mentally stronger, happier, more social and more confident. It helped to improve our life together as a family.

Having experienced the empowering effects of this wonderful sport, we felt the urge to set up the Kite4Life Foundation.

It’s our mission to bring feelings of freedom, hope and pride back into the lives of cancer patients, survivors and their loved ones, by getting them to experience the physical and mental healing benefits of kitesurfing.

We believe kitesurfing can be a great supportive tool during the recovery process after cancer. It is a fresh, active and young way to enhance both your physical and mental health. Once your kite catches the wind and your board hits the waves, you’ll be forced to forget about daily worries and fears. Kiteboarding almost brings you in a meditative state: forcing you to stay in the moment, whilst tickling all your senses. Although it looks though and difficult, you’ll notice that it’s relatively easy to learn and therefore extremely rewarding.

The Kite4life Foundation, based in the Netherlands, organizes events and facilitates kitesurfing lessons for (ex) cancer patients and their plus 1, living in the Netherlands. The lesson packages of 3x 3 hours per two participants are organized in cooperation and help of  the kitesurfing schools and sponsors presented on our partners page.
For more information please pm the founder Baris at info@kite4lifefoundation.org 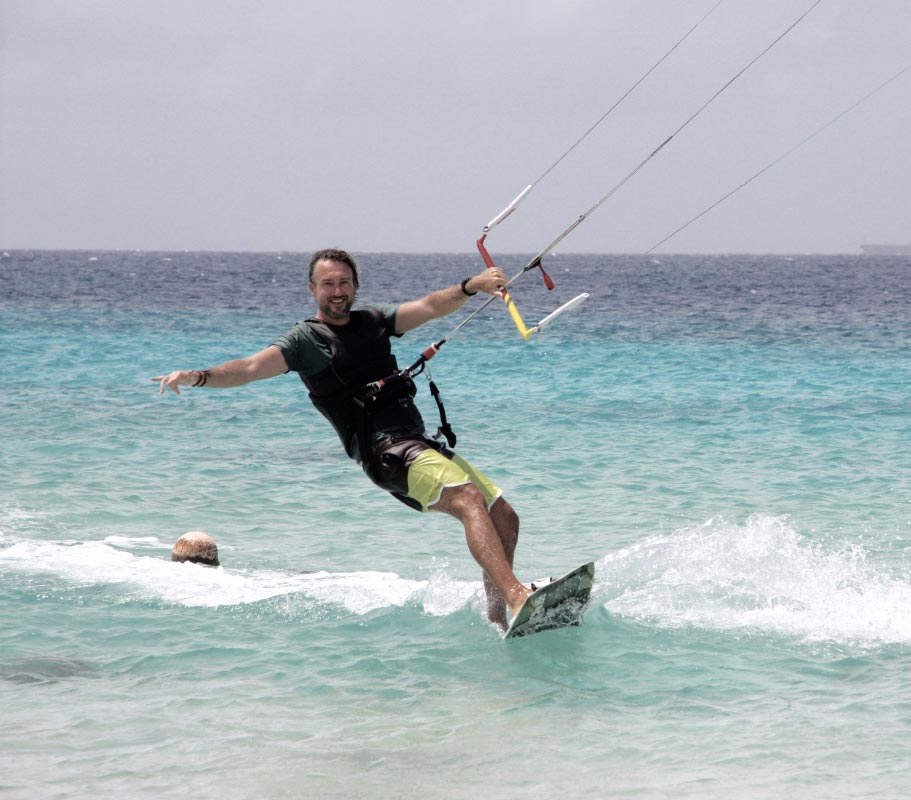